The Millenian Empire was a flourishing galactic kingdom within a small galaxy, Andromak, lost on the edge of the universe. Formerly, under the wise reign of LLodas and under the protection of the Great Universal Creator, the empire flourished and grew. But one day, for unexplained reasons, a breach disrupted the space-time and the evil forces swept through the Third Quadrant, the galactic sector of the Millenian Empire.

So it was with the Empire of Humans at the time of his greatness. Unable to resist such aggression, he began to falter and to bribe, although the danger was not visible from the outside. It was in the young imperial Omega system that evil decided to strike first. As seditious movements were inexplicably organized within the Empire’s forces, sudden desertions occurred, especially in the ranks of the Fleet. So a power-hungry being intervened: Hillerr, prince of darkness and supreme leader of the Dark Force. He swore to annihilate the Millenian Empire and the Millennium Order.

Omega’s imperium was first attacked by the Dark Armada, and Emperor NotoRiuss immediately retaliated with what would become the “Battle of Sierra”, feeling a danger to his own integrity and the survival of his kingdom.

From the beginning, the imperial army was greatly outclassed by the
formidable power of the Dark Force. During those first gloomy years, it seemed certain that the brilliant flame of the Millenian Empire would be blown out long before it could bright the Light in the galaxy. However, it is said that at the dawn of the next millennium will come the Supreme Being, salvator and guide of the new era. His mighty power will destroy darkness and its servants. 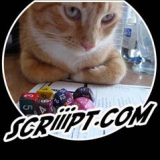